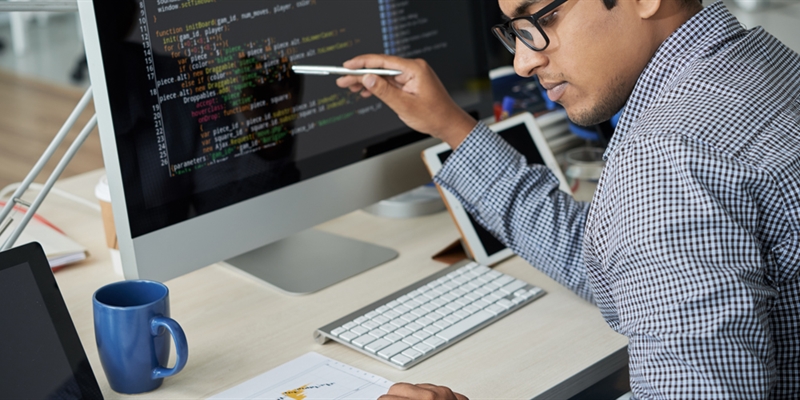 Why is SQL performance tuning so important to database management?

Because it can save you money big time. Bear with me and you’ll see how.

Most database professionals spend their time keeping the lights on. They invest most of their effort in ensuring uptime by keeping an eye on resources like memory, storage and network throughput. That’s a big part of database management, but as more companies move their databases to nearly boundless cloud resources like AWS and Azure, other aspects have become more important.

SQL performance tuning is one of those aspects. Once the lights are safely kept on and you move up the hierarchy of needs in database management, the next thing you want is better performance, and that requires tuning.

First questions to ask when performance tuning in SQL

Sooner or later, many database professionals find themselves in front of a SQL Server that they didn’t build. There aren’t many how-to guides for that situation. SQL performance tuning is an exercise in digging in, figuring out what’s wrong and then iteratively fixing it.

In your first fixes, you may not even touch SQL statements at all. Some database pros start at the user/session level. They go to where the users are unhappy, listen to how their complaints sound and pose questions.

Once they have those answers, they go see what in the database is causing it.

That’s better than sitting down on day one and deciding to deal with something like fragmentation, which may not affect users at all. The point is to start with what users care about.

Think also about the instance/database level. In the Microsoft world, for example, SQL Server Agent jobs are a good place to start. They are a series of actions that usually define an administrative task you can monitor for success or failure. They’re meant to be convenient, but like many things in database management, they tend to accumulate as people forget how they originated and what they do.

You may find multiple jobs doing the same thing, like running different versions of an index script or, worse yet, working against one another. Examine the already-configured jobs in light of two questions: “What does this job do?” and, more important, “If I stop that job, will anything bad happen?”

Which factors should you look for?

Once you get to the level of performance tuning SQL, it takes its cues for behavior from several factors. As described during our Ask the Experts: Database Performance Roundtable webcast, you can spend less time tuning the SQL itself if you find and correctly interpret factors like these:

Index tuning is gaining importance because of the evolving variety of indexes: clustered, non-clustered, unique, filtered, columnstore, hash, memory-optimized non-clustered, XML, spatial and full-text, to name a few. But one thing that has never changed is the first column of the index, which drives the index decisions made by the database engine.

Many vendors sell and deploy applications with plenty of well-intended indexes that end up never being used or, worse yet, actually hamper performance. If you examine the unused index scripts or index consumption scripts in some software products, you’ll find a surfeit of indexes on a foreign key. If the product uses, say, 20 foreign keys, the vendors may ship as many as 20 indexes, plus ten single-column indexes, plus another ten indexes on a unique clustered index, and so on.

Whenever you have the option, the better way to approach database architecture is to start with one clustered index that you think will best represent the table. Then, let the system run itself for a while. If and as you need more indexes, create them. Adding indexes is an exercise in trading off better performance here with problems like filling up disk space and locking over there. It becomes hard to see how each additional index affects the system overall.

For that matter, consider eliminating indexes — the way a person with allergies would eliminate food groups — to see how performance changes. Try to drop every index on your dev instance and see which ones affect your top five queries.

Performance tuning in SQL Server — Tools that come with it

Note that you’re not alone in this endeavor. SQL Server includes features designed to improve performance.

Plan guides let you change how SQL Server runs a given query, and even though it’s not pure SQL performance tuning, it does affect performance. Many applications contain SQL queries written by an outside vendor, and even if those queries cause poor performance, some database professionals are understandably reluctant to change them. With plan guides you can attach a query hint or a fixed plan to the query and influence how it runs.

However, the downside of plan guides is that although they don’t change over time, the environment around them does. Like a printed roadmap, they may work well in the short term and become obsolete before long, so if you’re going to rely on them, you’d better revisit them occasionally.

In general, it’s not difficult to enable Query Store, but not every SQL Server needs it from the outset. Some admins don’t know about Query Store, and some know about it but haven’t yet taken the time to explore it adequately; they are better off leaving it disabled. Later, when they understand how Query Store works, they can use it to find performance differences caused by query plan changes.

Show me the money

As I mentioned at the outset, SQL performance tuning is important to database management because it can save you money. How?

Especially in the cloud, where scaling by credit card is popular, IT teams are finding out how expensive monthly storage really can be. What’s more, they’re beginning to understand that running poorly written queries and letting AWS and Azure manage their indexes increases their cloud computing costs. Slow queries and bad indexes cost you money.

SQL performance tuning is about getting all of those things right. That way, whether you stay in the world of on-premises OpEx or migrate to the CapEx world of the cloud, you maintain control over your spending.

There are always going to be lousy queries, performance problems and things that take forever to run. But instead of working on things that might make a difference, focus on thing that will make a difference — to real, live, complaining users right now. “Otherwise, [you’re] just rearranging deck chairs on the Titanic,” as Brent Ozar says.

Listen to this on-demand webcast for real-world advice and insights on database performance monitoring from industry experts Brent Ozar and Pinal Dave.