Learn how to use automation scripts in Toad Data Point, part of Toad Business Intelligence Suite.
了解详情
Show Transcript Hide Transcript
Hi. I wanted to talk to you today about where to install and use Toad Data Point automation scripts. Currently we have three ways--on your PC, on a server, or now with Toad Intelligence Central. Toad Intelligence Central is a server that was introduced with Toad Data Point 3.3, and it's sold with the BI Suite or separately. So let's discuss the differences of the three different ways. To get started with Toad Automation, you can use your local install Toad Data Point. And if you already use automation script, you've already done this. And as you build and run more and more scripts, resources start to become an issue. Your PC might not have enough resources to run a script and still allow you to work in Toad Data Point at the same time. Or you might need to power down your PC at night but still want to run automation scripts. So many of you install Toad Data Point on a server to run your automation scripts. This is fine, as you're licensed by name and not by installed copy. This is a very workable solution for resources, but it does have a few other caveats. It's harder to maintain scripts because you have to remote log on to do so. Also running on a server is often done under the system account, which may not have all the privileges that you need. And both of these methods, the PC and the server, use the Windows Scheduler, which has some of its own quirks. Such as not running your scripts when you change your password, and not even notifying you of the change. So now we have this third way of running scripts and that's through Toad Intelligence Central. Now with this method, you can manage the scripts from your Toad Data Point client, and you don't have to remote-in on the server. You can also share these scripts with other users and control the privileges on them. They can get copies of your script or, if you give them the access, they can run the script or check the results of the last run. Also this new method does not use the Windows Scheduler, so in Toad Data Point 3.4 and 3.5, this script does still run on the Systems Account, but we hope to add in TDP 3.6 the ability to set to a different account to run these scripts. So let's take a look at how the system. I'll open up an automation script. And you'll now see that down at the bottom there is a publishing button. There's one here and one up here on the tool bar. Now when I press this button, a publishing window is going to come up. First thing that you want to do is choose your team server or Toad Intelligence Central. And then you want to select a destination. Now there are folders that we offer on the team server, so you can pick where you want to go. Maybe I want to add a folder that says, Automation Scripts. I need to give it a name. And I can give it a description. Or a tag for searchability. Then I can set my sharing options--I can keep it completely private, or I can share with everybody making it public, as well as allowing them to manage. Or I can just share to a specific user and allow them to manage or not manage. You can also set the scheduling, however you want it to run. And this can be normal, daily, weekly, types of thing. And you also can say, to test it right now, right after I publish it, which is a good idea. It tests all the configuration but I'm not going to do that right now. So when you push the publishing button, it does publish it over there on the team server. So let's go over and take a look. So I had put that under, Automation Scripts. So now I am connected to the team server. And I have an information tab over here. Gives me the name that I named it. It tells me the description. It tells me if it's scheduled to run. It tells me the path of where it runs over on the server. It also, let's navigate to perhaps another file that has been used. It's got a log file or a collection of log files. So every time it runs, it hangs onto the log file. And tells me what the result is. So if you hover over this, you can see the return code on it. And then you can go through the log file and see if there was any issues or exactly what was occurring On the Connection tab, will be the connections associated to that automation script. So now you can come over and view that object, or that automation script, as well as do some simple Manage Actions. You can click the Sharing option and change your sharing. You can change the scheduling on it. You can add tags. You can move it to a different folder. You can disable the scheduling. You can run it on the fly. You can test just the connections. You can edit the scripts or you can just get a copy of it. And when you edit the scripts, it brings it over. It allows you to go in and say, make a change. But this bar down here is different. So it has Test or Republish. When you press Republish, it remembers where it was on the server, the name, and all of the additional settings. So you can go back and it will just edit that object. Your teammates can also just get a copy of it, and start and use that as a template or just an educational type of tool. 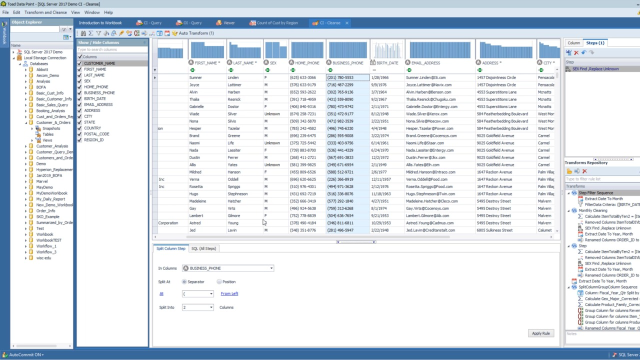 Learn how to use Transformation and Cleanse within Toad Data Point Workbook. 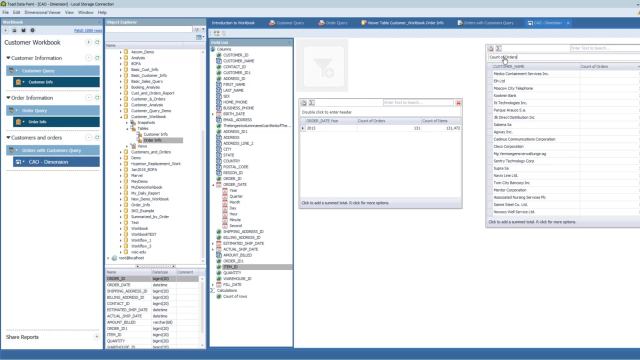 Learn how to use Dimensional Views in Toad Data Point Workbook. 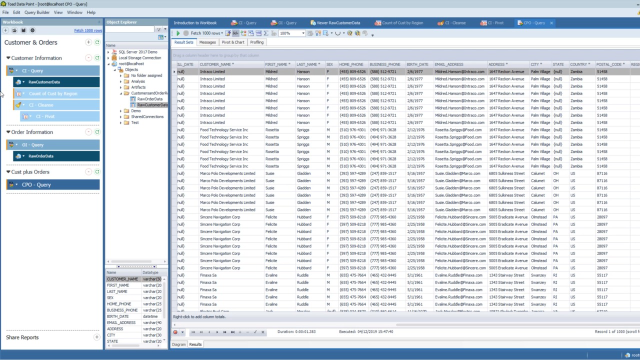 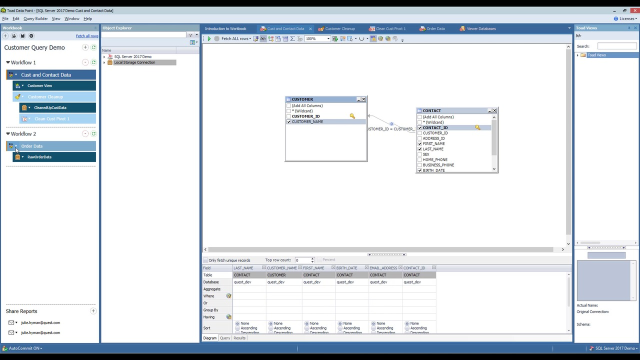 Learn how to combine workflow data using Toad Views for Toad Data Point, the solution from Quest that helps you access and prepare data for faster business insights. 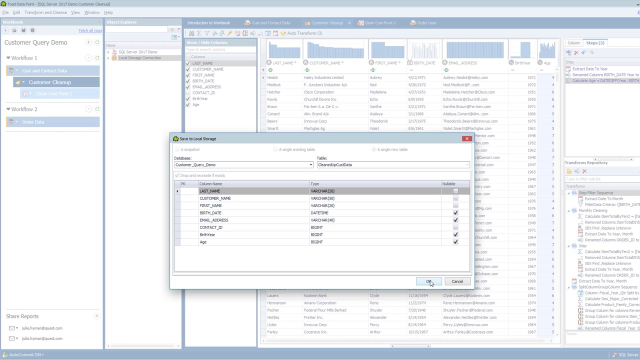 Learn how to combine data from different workflows in Workbook for Toad Data Point, the solution from Quest that helps you access and prepare data for faster business insights. 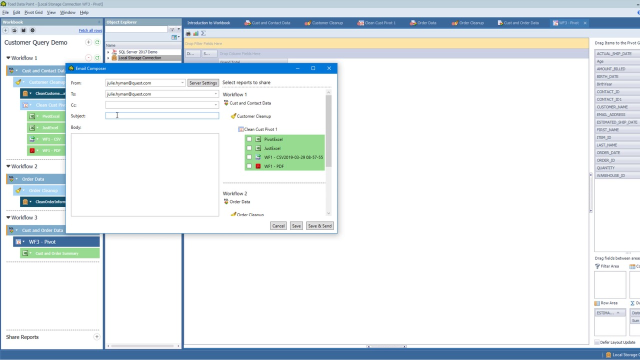 How to email report outputs from Workbook for Toad Data Point

Learn how to email report outputs from Workbook for Toad Data Point, the solution from Quest that helps you access and prepare data for faster business insights. 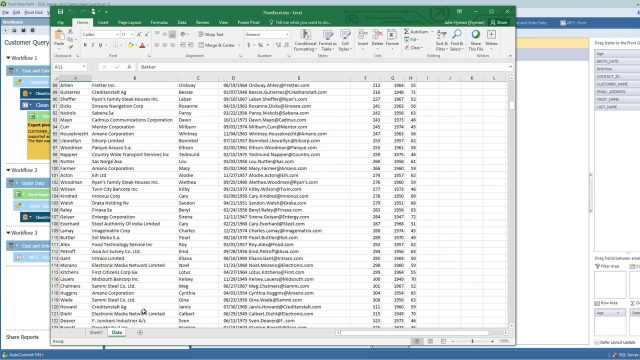 How to create reports in Workbook for Toad Data Point

Learn how to create reports in Workbook for Toad Data Point, the solution from Quest that helps you access and prepare data for faster business insights. 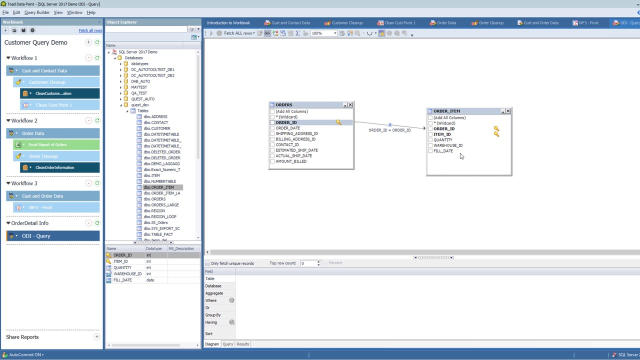 How to create a new workflow in Toad Data Point

Learn how to create a new workflow in Toad Data Point, the solution from Quest that helps you access and prepare data for faster business insights. 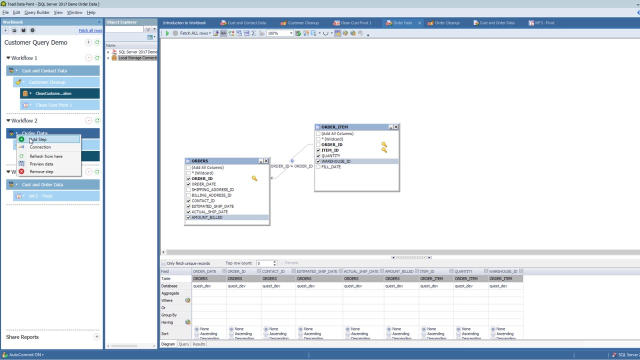 Learn about workbooks and workflows in Toad Data Point, the solution from Quest that helps you access and prepare data for faster business insights. 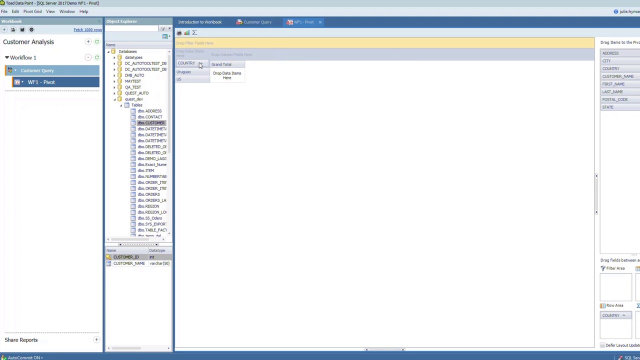 See an introduction to Toad Data Point Workbook, the solution from Quest that helps you access and prepare data for faster business insights. 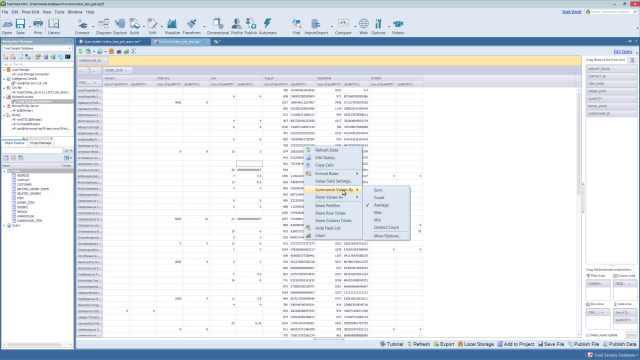 How to manipulate pivot grid data in Toad Data Point 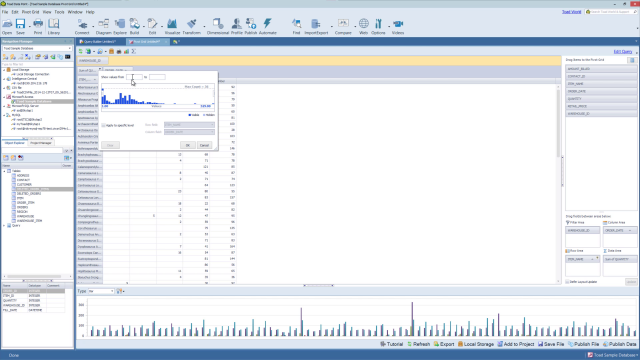 How to use the pivot grid in Toad Data Point

Learn how to use the pivot grid in Toad Data Point, Quest's solution to streamline data access, preparation and provisioning to improve productivity of your analyst teams. 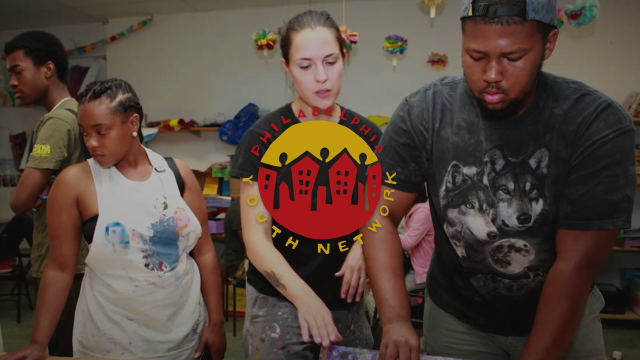 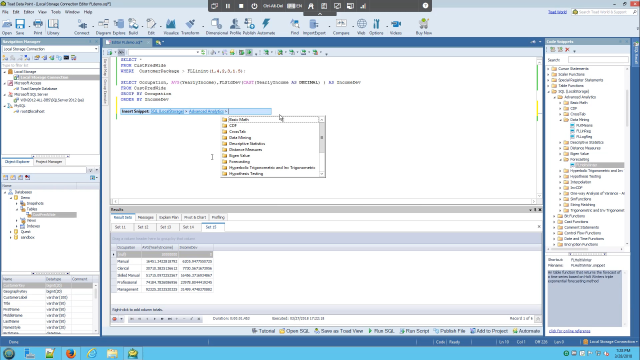 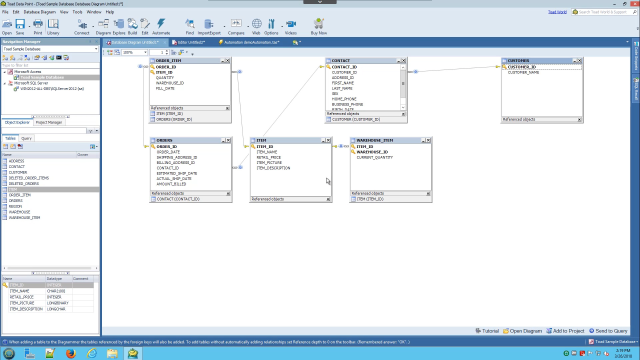 Watch this Toad Data Point base edition demo for an overview of the features and functionalities the tool offers. 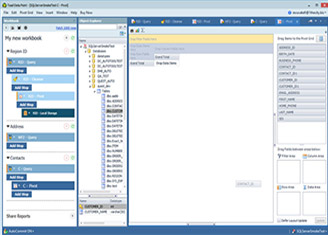