How to integrate source control into Toad for Oracle

Watch this quick video covering how to integrate source control into Toad for Oracle.

Vamshi Damera, DevOps Infrastructure Manager with a leading financial company talks about how his team under pressure to meet the demands of a company-wide DevOps initiative, decided to implement Toad® and Toad DevOps Toolkit. They were able to automate critical tasks, reduce risk and build higher-quality code in less time. 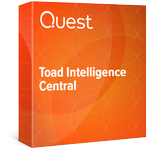