Quest On Demand manages sprawling Office 365 groups and enables multi-tenant auditing.
製品詳細
Show Transcript Hide Transcript
[MUSIC PLAYING] Let's start with Office 365. What are the specific challenges that offers to IT administrators? Well the great thing about Office 365 is that it creates a fantastic collaboration platform for users. And the cool thing about cloud in general is that those new features and benefits that come with the product are immediately available to users. Now that can cause some drawbacks for IT admin. So for example, if we use OneDrive as one example, that's something that has had a huge amount of uptake. And what it's done is it's allowed users to really easily be able to share data, share resources, amongst their peers, and they could do so by deciding who they want to share this information with. That's brilliant, but for IT admins, they now have a greater surface area to manage. They need to be able to see who has access to that data, especially sensitive data, as well as who has access to the groups those users are creating and making accessible. So as the productivity grows within the cloud platform, so does the risk for organizations. They need to be able to control the data that's there, the access, and also auditing, being able to see what happens in that space. And can it help with changing regulation as well. So as regulations change, you need to control the data within that environment. There's more a need to audit across multiple tenants. And that's a solution that we're actually developing right now, on-demand audit, which will be out very soon. And that will allow you to then track activity across all of those tenants, and also the data within it. So there's still a tension between empowering users and the IT department keeping some control? Absolutely we're seeing that. With Office 365, the beauty of it is the freedom that it allows users. And one of the things that users have been taken advantage of is being able to create their own groups. And this is really handy for them. Things like creating projects, if there's new projects they can create groups and decide which users should have access to data or resources. And that's brilliant. The problem is there are just some drawbacks for IT because IT now lose track of how many groups are out there, who has access to them? What are those groups providing access to? So what's the data behind them. And this can be a problem because there could be sensitive data that they're sharing. And as those groups grow, you lose that central management. Compounding this is that there's still a huge amount of reliance on on-premises Active Directory on-prem AD. And what that means is that that comes with thousands of groups that were already created within that platform that have proliferated over the years. We've seen this ourselves within Quest has we move to Office 365. And what's the solution? How did you fix that? Well, what happened is that they were looking at, what is this problem? Why do we have so many groups, and how many groups do we have out there? And when they started digging in and finding the groups they realized, well, we don't know who owns these groups anymore. We don't know what these groups are for or if they're still being used. So they took this problem to our product team, and our product teams said, hey, you know what? We can build a solution for this. And they did and they built it and snapped it on to part of our on-demand platform. And it's a new solution called on-demand group management. And this is coming out soon. Still in tech preview. So we're still accepting people if they want to try it out as well. And how does it work in brief terms. It gives control back to the IT department? Yes, it does. And what it does is it gives visibility into all the groups, as well as the ability to create policies on how groups are created. And you can also define those policies to say these are some required fields that you need before you can create this group. And it gives them a lot of control back, but it still allows the user to have that flexibility and freedom. Ann Maya, thank you very much. Thanks, John. [MUSIC PLAYING] 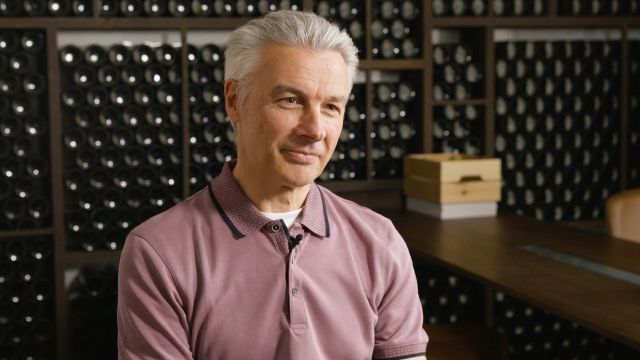 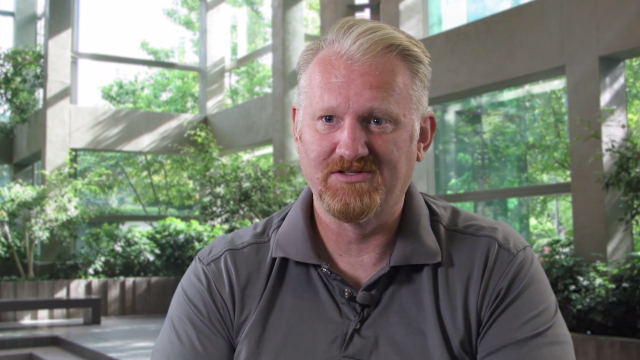 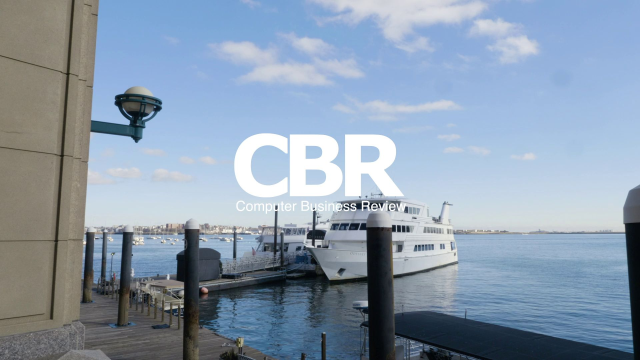 Active Directory and Azure Active Directory are at the core of your organization's security allowing employees, partners, customers and devices to authenticate to a network to access resources. Targeting these AD credentials for access to these company resources are cyber criminals. Uncover how to improve your AD security to prevent unauthorized access using Quest's Microsoft platform migration, security and management tools. 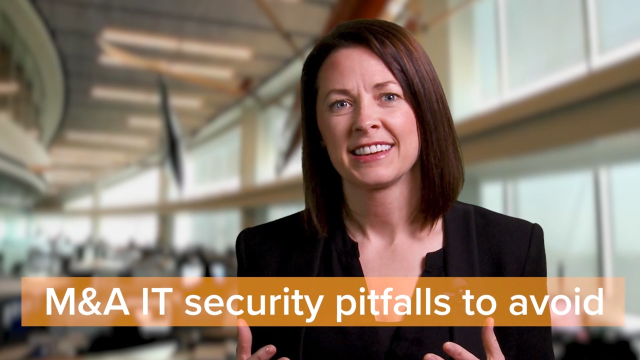 Common IT Pitfalls of Mergers and Acquisitions

Don't let the rush to Legal Day 1 derail your IT integration. Watch this video to learn about several IT security pitfalls to avoid during the complexity of your M&A. Visit our Mergers & Acquisitions solutions page to learn more. 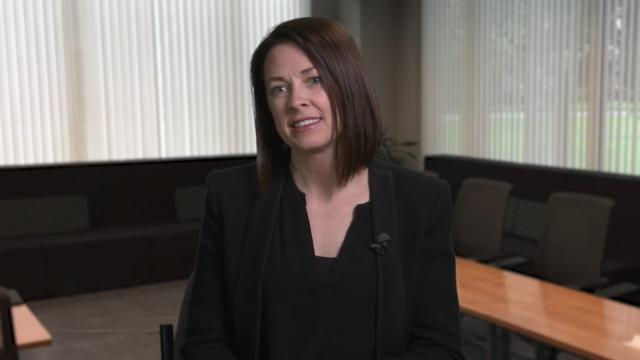 Avoid these IT integration failures in your M&A

Hear tips to help establish a repeatable M&A framework to ensure the success of your next M&A process. 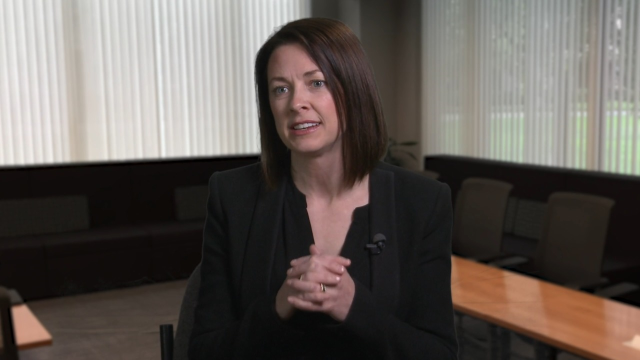 Why IT integration is critical to M&A success

A successful M&A starts with IT integration that delivers on executive expectations of cost synergies. Learn more in this short video. 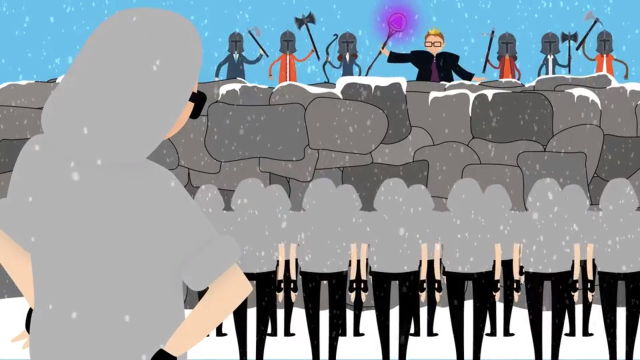 Your AD environment is the throne to your kingdom. You must protect it at all costs.

Quest: your go to security solution to protect your entire Microsoft environment. 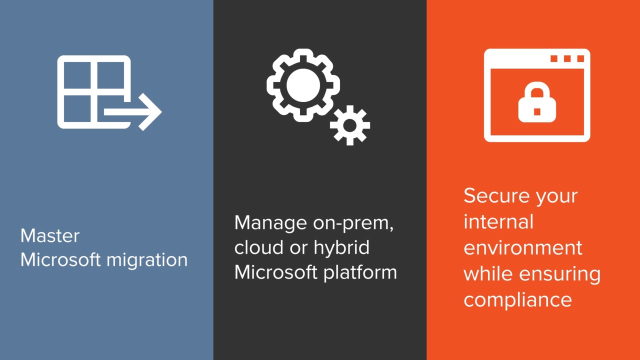 Quest: Your Go-To For Everything Microsoft

Whether you need to migrate to SharePoint or Office 365, consolidate your AD and Exchange environments or secure your Active Directory platform, Quest has the solutions you need. Learn more in this new video. 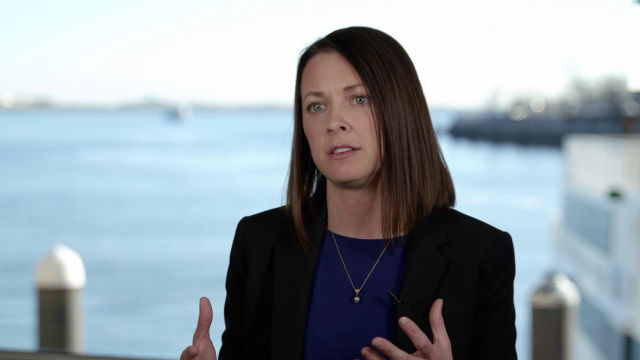 Plan Ahead to Avoid AD Disaster 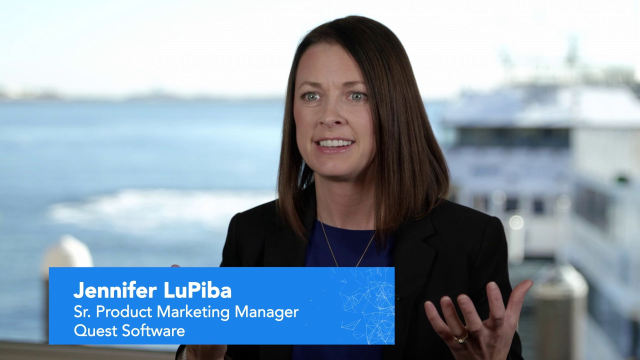 Cybercriminals have changed their ransomware strategy to expose their target’s vulnerabilities. 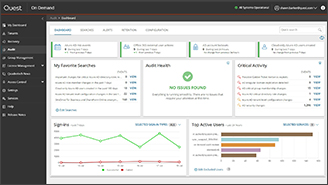 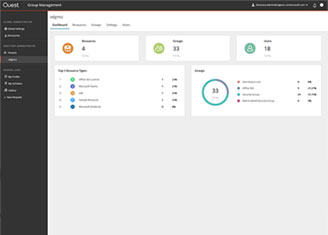