This video provides an overview of Recovery Manager for Active Directory.
製品詳細
Show Transcript Hide Transcript
Hi, my name is Keri Farrell, and I'm a product manager. Today I'm going to do a demo of Recovery Manager for Active Directory. The specific scenario that we're covering here is when multiple changes have been made to one or more directory objects. However, you only want to restore a portion of those attributes while keeping the others the same. And simply recovering the previous object will not do, because it'll overwrite the changes you want to keep. So, some situations that happen and cause this particular scenario are errant scripts, it could be software updates, of course there's always human error, or there's the connector with your HR system that connects into 880 and sometimes changes might happen. And this is a scenario that we hear from many, many people who use Recovery Manager for Active Directory. The problem is, when you go through you don't really know what was changed. So, let's just look at a couple of users here. We're going to open up Alan Harris, and we see that his office is in Boston, and he's an attorney. And we're just going to leave that alone, I just wanted to point that out. Let's go to Angela Phelps, and we're going to change her email address to something crazy. Somethingcrazy.com, because our connector decided it was going to change email addresses. OK. So now we're going to go into Recovery Manager for Active Directory, and we're going to do an online restore, which means that we do not need to take a domain controller down in order to do this. We are going to use the option to compare, restore, and report changes in Active Directory because we don't really know what was changed in the scenario. We're going to choose the most recent backup, because in this case we're lucky, and we actually know that the changes just happened because Angela called up and said, I can't send my email anymore. But in some cases, you might have to compare backups to find out which backup is the most recent one you need to use. OK. And this option here, you can either use an agent or not. If you use the agent, you'll be able to restore passwords as well as said history. In this case, we don't need to do that. So we're just going to use the agentless method, and we are now going to browse to our main domain. You can select individual [? OU's ?] if you know which OU's were affected, but we'll just go with the main domain here. And we want to compare, analyze, and then restore. So this gives us the option to process all child objects as well as attributes, and then generate a report that will show us exactly what changed, and then we know what we want to change back. Now when you see this report you're going to see this modified by option, we're going to be the report here. If you have Change Auditor, there's integration between Recovery Manager for Active Directory and Change Auditor, and what that allows you to do is show who actually modified the object. So if that's something that's important to you and your company, you might want to look into that. OK. So now we're just gonna scroll down to our report, and we're going to see that, OK, Alan has been modified, because I modified him earlier. And we changed his department from legal to finance, and we changed his office location from New York to Boston. But you know what, those are changes that we wanted to happen so we're going to leave him alone. Let's go now to Angela, because she's the one that said she can't send email. And we can see that the old value is the right email address, which is [? vivacom.com ?] and the new value is somethingcrazy.com. We don't know why that changed, if we had integration with Change Auditor, we would be able to see who changed it. So now we know what we want to change back. All right, so let's close the report. And we're going to proceed to the restore. We're going to select just Angela because we only want to change her attributes back. OK, so we're going to restore deleted objects to the original container which is what we want to do, and we're going to process all child objects as well as attributes. And at the end of this, we can print another report to view the changes that we did roll back. This right here is just going to allow us to force replication, that way when we roll our changes back, they stay that way. And this is where you would view the report, just to prove that you actually did roll things back. But we're not going to do that right now. We're going to go into Active Directory users and computers, we're going to hit refresh, and we're going to open up our local domain, vivacom, and we're going to open up Angela. And, oh look, Angela's email address is back the way it was. She should be happy, she'll be able to send email. But just for the heck of it, let's go into Alan Harris to show you that his office is still Boston, and his organization is still finance. So we didn't change those particular attributes. And of course, like I said, the report will show that as well. 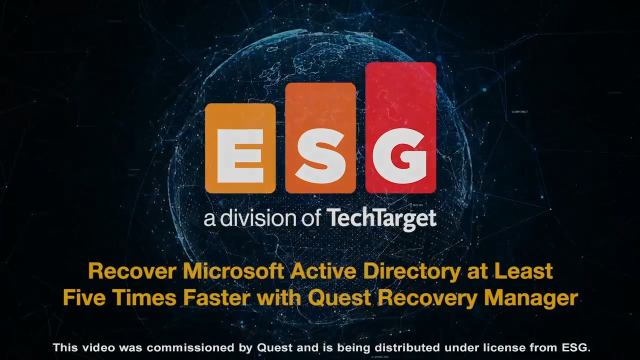 To combat increasingly clever hackers and their ransomware, your organization needs to be able to backup/rapidly recover its Active Directory infrastructure.

With more than 69% of organizations having fallen victim to ransomware (according to CyberEdge Group), cyberattack recovery is crucial. Learn how Quest Recovery Manager for Active Directory Disaster Recovery Edition can aid your recovery efforts with: 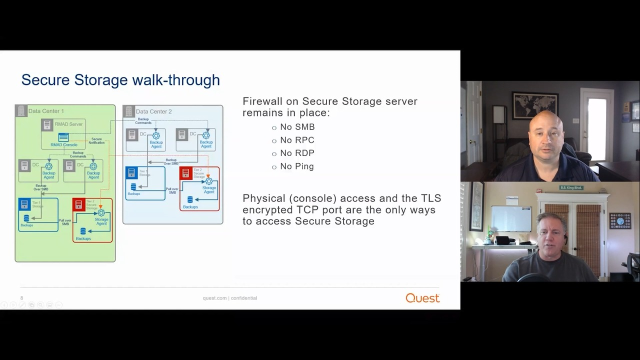 How to respond to an Active Directory disaster with Recovery Manager 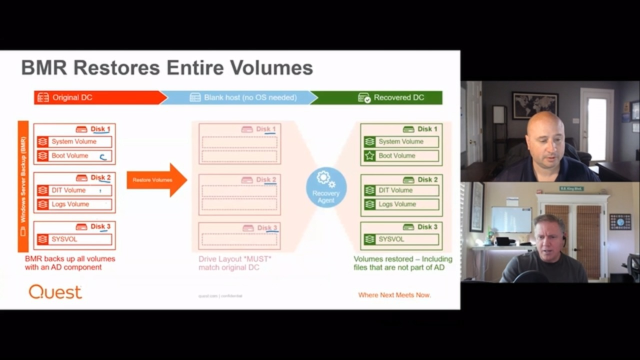 Active Directory disasters require flexibility in recovery because no two environments or attacks are alike. Learn about the Recovery Manger restore options. 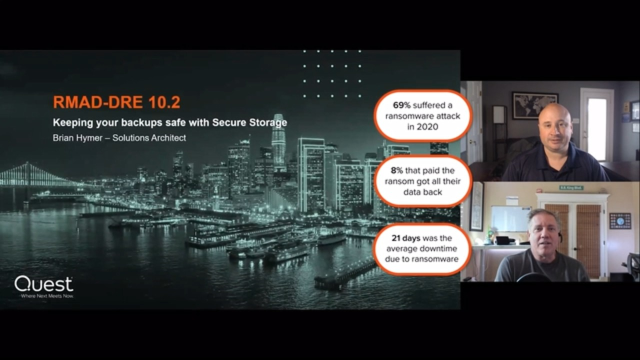 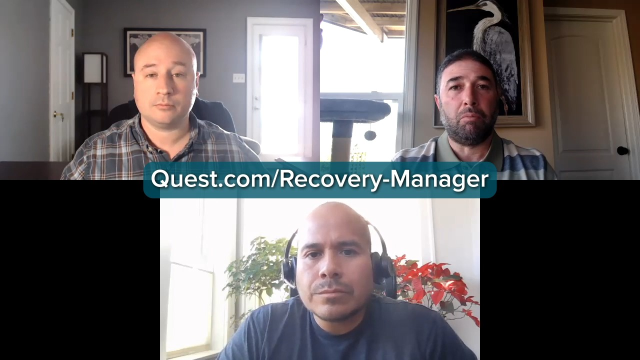 How do you protect against ransomware? We’ll show you.

How does ransomware get into your organization and how do you mitigate the damage? These ransomware experts discuss how. 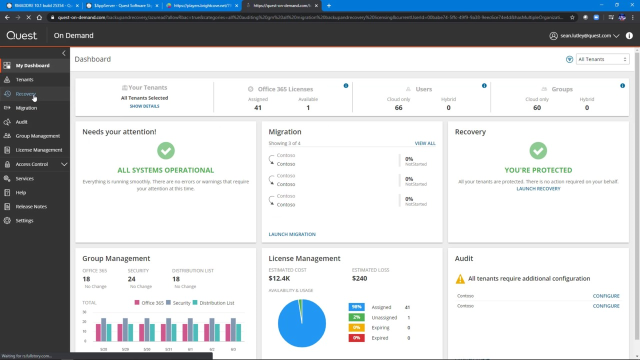 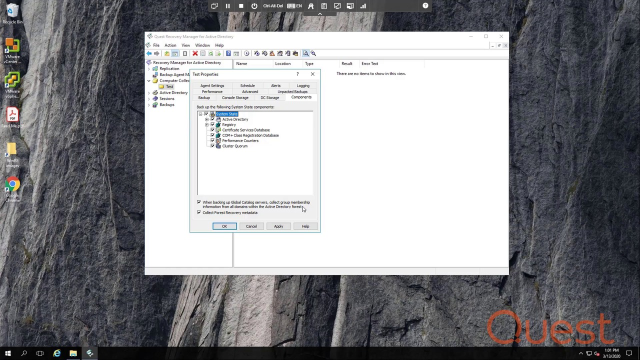 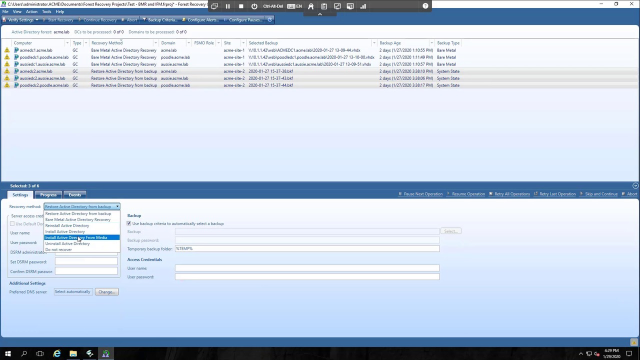 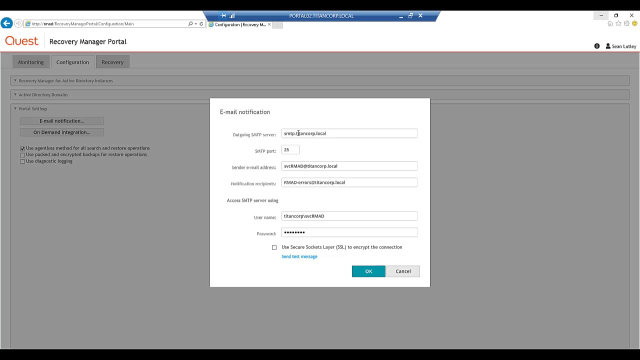 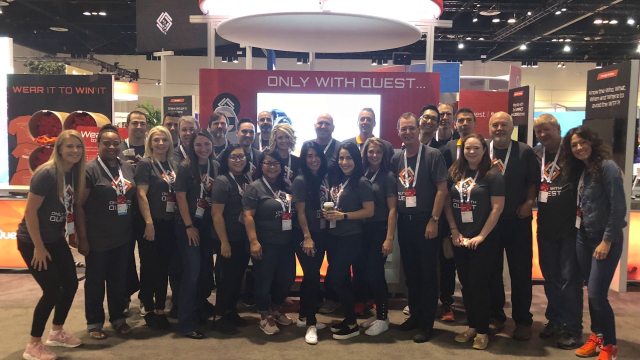 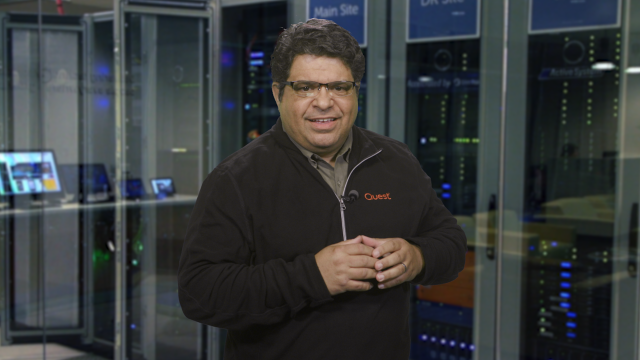 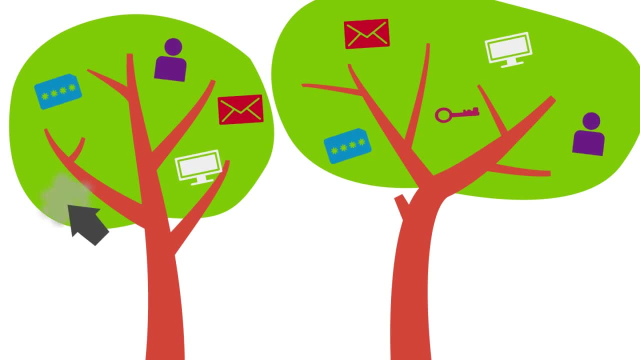 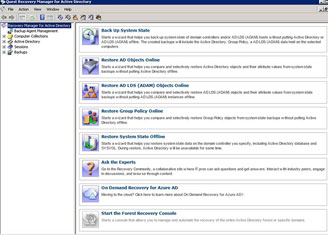