In this video, Sr. Solutions Product Marketing Manager, John Pocknell, talks to Computer Business Review (CBR) about cloud database migrations. You’ll learn key considerations, tips to achieve your cloud goals and simple ways to avoid performance problems and unexpectedly high cloud subscription costs.
Learn More
Show Transcript Hide Transcript
[MUSIC PLAYING] Hello, and welcome to CBR TV. My name is Jon Bernstein. Today I'm joined by John Pocknell who is Senior Product Marketing Manager for Database Solutions at Quest. John, those people migrating their operations, et cetera, onto the cloud, what advice would you have for those people? Start small is probably the best advice. It's a journey. It's not something you can just do like that. So plan it out ahead of time because there's a lot of change involved. Despite the promises of low cost, that's not necessarily the case without the proper preparation. What I mean by that is that because the notion of going to the cloud, i.e. going to a cloud services provider, is a service to which you subscribe, and the idea is that-- well, one of the reasons to do that is you want to reduce the size of your data center. It's a very costly piece of kit. You got a lot of people that have to manage and maintain it on a regular basis. So a lot of companies are looking to downsize their data center footprint and move to the cloud. So cloud is a very attractive proposition because you are now are looking at an OpEx rather than a CapEx. You reduce your capital expenses and move to a subscription model. But that only works if you've done the right preparation. What I mean by that is that now you have to really consider things like application performance, scalability, because these things, if your application starts running slow, equate to higher subscription. We've seen this. I was at an AWS conference recently, and I was asking people, what are some of the bad sides of moving to the cloud? And they said, I had no idea the subscription bill was going to be as high as they were. I haven't accounted for that, because they hadn't tested. So testing ahead of time, starting small, starting with a low risk-- so perhaps a non-production application, first of all, rather than risking your mainline production system. And just learn some things. Be able to measure performance. So monitor performance as you're making the change. Make sure we properly understand the difference between a database running in a cloud and a database running in a data center, because they will be different-- network latency, et cetera, et cetera. Make sure that you've got the potential to scale in the future when you've got more data and more transaction throughput. Once you understand that and you've mitigated the risks, then you can start scaling out and scaling up. John Pocknell, thank you very much. Thank you. [MUSIC PLAYING] 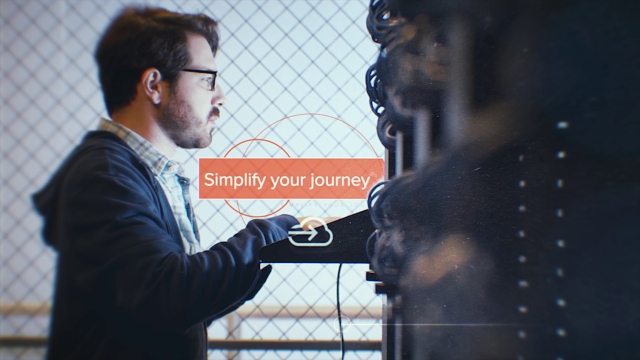