Your AD environment is the throne to your kingdom. You must protect it at all costs.
Learn More
Show Transcript Hide Transcript
[MUSIC PLAYING] The great war against cyber attacks is upon us, and defending your kingdom from threats can seem like an endless winter. Hank the Hacker, and a billion others like him, are getting more sophisticated in their methods to penetrate your security walls. Hank's ultimate conquest? Your Active Directory environment, whether on-prem, Azure AD, or hybrid. It's his ultimate throne. And if he seizes it, he controls your network, its data, the devices, your entire kingdom. You've built a defense by securing your perimeter. But at most companies, AD security has lagged behind perimeter security. And protecting data across your entire kingdom falls even further behind. And while everyone's worried about hackers like Hank, 55% of data breaches are caused by privileged insiders already inside your fortress walls. Whether an accident prone insider like Careless Craig, an intentionally malicious or disgruntled employee like Disgruntled Dan, or Hank seizing control of legitimate user or admin credentials and resurrecting them as insider threats to join his forces to exploit technical vulnerabilities and wreak havoc. The costs and damages of a breach include not only the time and money required to restore critical systems, but also loss of sensitive business and customer data, devastating amounts of downtime, compliance missteps, failed audits, and, in turn, increasingly steep fines. When you add it all up, your reputation will be damaged, and we'll hear the bell of shame for years. It's time for you to align your forces and prepare for battle. What if you could secure your internal Microsoft kingdom as tightly as your perimeter wall and ensure continuous compliance? Quest is your go to security solution to help protect and defend your entire Microsoft environment. With Quest, you can continually assess your environment to identify vulnerabilities and right size your security permissions. Sound the alarm faster with real time auditing, detecting, and alerting on suspicious activity. Keep watch on your admins and published accounts with automated access control. Investigate and recover quickly from attacks before damage spreads throughout your kingdom. Download our e-book, Nine Best Practices for AD Security, to learn how Quest can help you lock down your environment so Hank the Hacker, Disgruntled Dan, and Careless Craig will never seize control. Visit Quest.com/protectyourthrone. 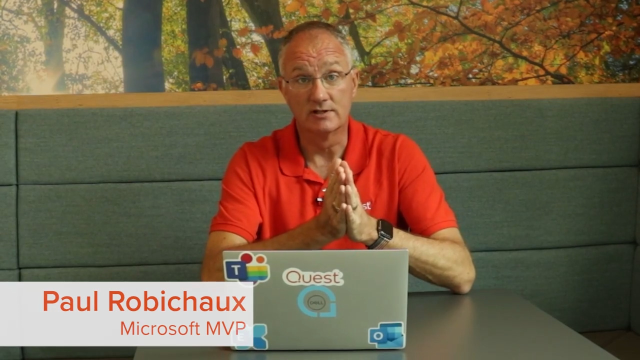