Just wanted to give you a heads up about our latest release, ChangeBASE v.5.2 due out on Dec. 12th. There have been some pretty big changes in ChangeBASE v. 5.2. The main themes to this release are:

2. Application Virtualization package automation has been vastly improved to be truly vendor agnostic

3. We can support a complete Microsoft only environment with the following:

a. Support for Hyper-V to run automated package creation

c. Support for the newly release App-V 5.0 for automated conversion of MSIs to this format

Check out the details below.

There have been many enhancements to the module that converts applications to virtual application formats. Here are the key features:

ChangeBASE can automate the creation of all the major application virtualization formats. This release adds support for:

It can do this conversion using all major desktop virtualization solutions. The new supported virtual platforms added with this release are:

The module that converts non-standard or legacy installers into MSI format has been enhanced to include the following new virtual desktop technologies.

The new supported virtual platforms added with this release are:

Dashboard reports have been updated to include some useful new features. The key feature updates are explained below.

The top 5 Issues chart can be displayed instead of the ROI Calculator. This chart, shown in the top right hand of the Dashboard front screen, shows a bar chart of the top 5 most common issues identified from all packages assessed. 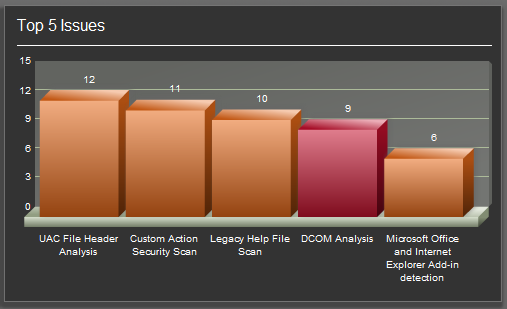 The Best Way Forward chart provides a view of compatibility for the user defined platforms (where each platform consists of one or more report groups). Applications that are Red or Amber for the top desired platform (farthest to the left à Win7 + x64 + App-V) are rejected and processed for the next Platform. If the RAG Status is Red or Amber for all Platforms then it will be assigned to the "Incompatible" group (in red).

The Best Way Forward charts display 3 perspectives which are explained below.

Original: the charts on the left display the original RAG values after first assessment

Potential with auto-fixing: the charts on the right show which apps will be green if all auto fixing is applied 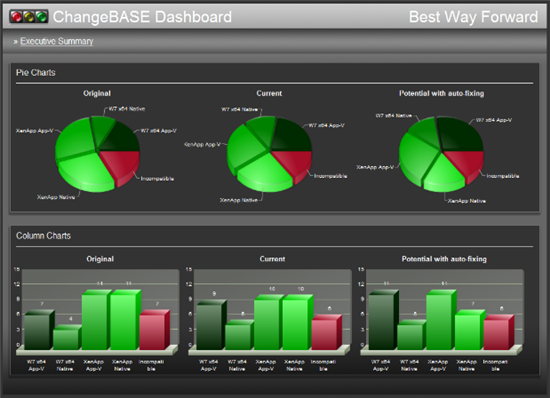 If you click on any column you can drill down into the Issue detail report.

You can now set the target date and target number of packages for the Progress Summary line chart to better track against desired milestones (represented by pink dotted line) in your migration project.

When installing a new database the IIS Server will default to the local computer name rather than “Localhost”, for example “MyPC/Dashboard”.

A new SCCM options dialog will appear if the user clicks the options button from the main dialog. This allows the user to specify the following:

Some web applications require a user to logon in order to load properly and this can be a problem when trying to automate testing. We’ve just added functionality to enable a user to enter their credentials to get past the initial login screen – this enables a more complete automated test.

The screen below shows how to configure the logon. The middle panel shows a view of a sample web application login page.

Once the credentials are entered, they will persist throughout that web session.

There have been several improvements to MSI Studio in this release. Here are some highlights: 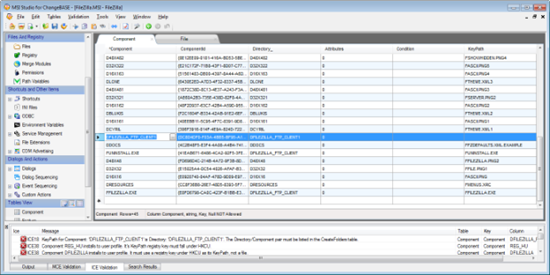 How and when can I get it?

Try it out and me know what you think.